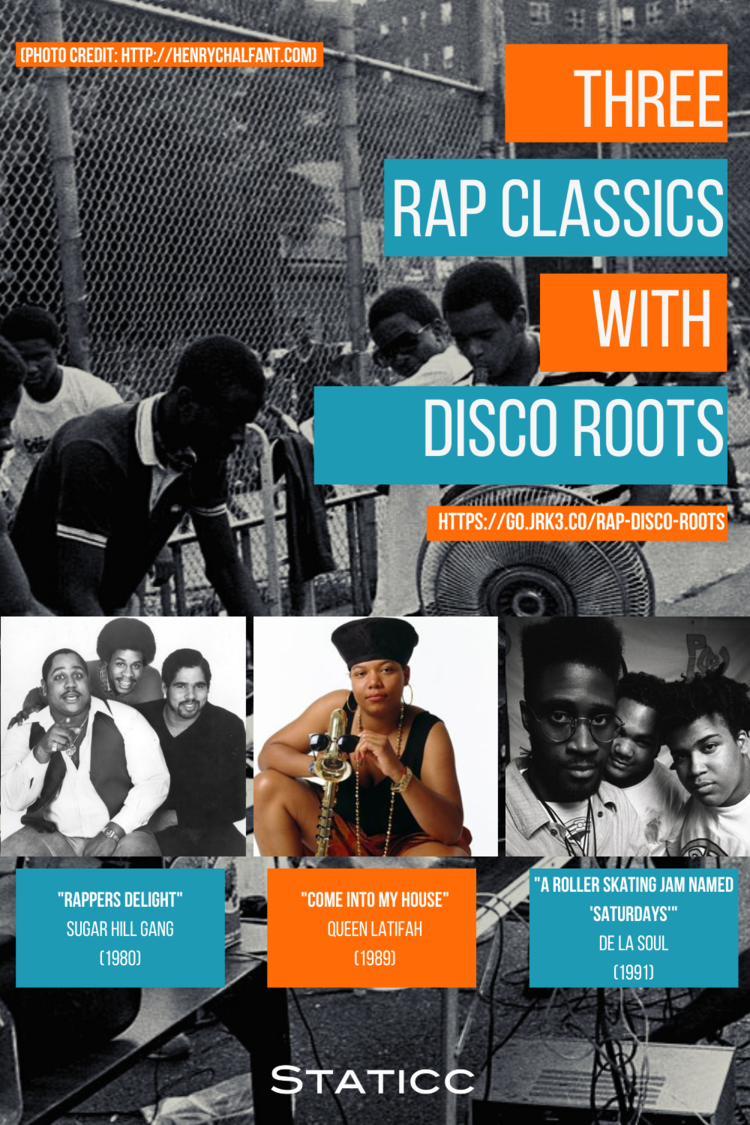 In a recent article on Okayplayer, producer Dame Grease recalls producing DMX’s breakout single “Get At Me Dog.” When discussing what DMX listened to in the studio and of what inspired him most, Grease recalls “Disco was pretty much the only music we listened to. It helped X relax. He used to have this big ass CD case and it was filled with disco, funk, and soul; there wasn’t one rap record in there. The only rap shit was by X himself.”

I personally found this quote inspiring. As a music lover, I’ve always observed the overlap between early Rap and Disco records, the former often building a foundation of their breakbeats using elements of the latter. Listen to this recording of DJ Kool Herc & The Herculords. This is DJ Whiz Kid, specifically. As you can hear, Disco sounds are layered throughout.

This is one of the reasons the phrase “Disco Sucks” has always bothered me. July 12, 1979’s “Disco Demolition Night” was both racist and homophobic at it’s core. When you watch the video footage of the night, you see white men (giving Rock a bad name) crowded onto Comisky Field in Chicago. These folks were not representative of who was making Disco music and who was enjoying disco music. Their miscalculation was that the music would fade away. Yes, it became less commercially viable, but it never faded away. It even gave birth to one of the most beloved music genres - House Music. House is a music inspired by the very people those attending Disco Demolition Night were trying to silence.

Disco music provided a lot of Black joy to Black people, and the DJs of that era ushered in an entirely new kind of nightlife in the 1970s. It’s no wonder why Disco music featured prominently in early Hip-Hop.

Disco’s inspiration on Hip-Hop culture deserves attention. Netflix’s The Get Down explored this topic, and there’s certainly more to cover.

Who can forget this song. It’s not only rap’s first pop hit, but the backstory behind how the song came to be is legendary. This song classically samples Chic’s “Good Times.”

By 1989 House music had been steadily gaining in popularity outside of its native Chicago both here in the US and internationally. Rappers of the era would incorporate House into Rap records making for easily danceable party records. “Come Into My House” samples Anita Ward’s “Ring My Bell.”

A single from the album De La Soul is Dead. “A Roller Skating Jam Named ‘Saturdays’” features vocals from the amazing Vinia Mojica. The song’s opening samples Instant Funk’s “I Got My Mind Made Up (You Can Get It Girl)”

"In the background, the toll of the AIDS epidemic impacted the Black gay community and other vulnerable communities in the 80’s and early 90’s. Black gay men often flocked to a sacred space - the dancefloor - if only for a few hours. Safer than the sex they were often afraid to have, they could move, sweat, laugh, cry, relinquish, replenish and take a trip with the pulsating beat of the club as soundtrack." from Black Gay Men Of The AIDS Generation Invented Your Party

Sacred Ministry is a workshop that discusses how three Black gay DJ's emerged during the AIDS crisis, inspired a new genre of music, and helped a generation of men cope with the devastation of AIDS to a beat.

Drake’s newest release, “Honestly, Nevermind,” has sparked many reactions, but none as interesting as the question of the origins of House music which are rooted in Black gay clubs and with Black gay DJs. Continuing our #Pride2022 discussions, we’re going to briefly explore the history of House, and how we may have lost touch with this history.

Special guests, Christina and Miguel, from the They Reminisce Over You podcast will be joining us to talk to us about their show, and why folks should be tuning in. They’ll be sticking around for our discussion about Black Canadian musicians who we love and have been influential.

Beef is as synonymous with hip-hop culture as the five elements themselves. From the earliest days rappers have had to prove who’s the best MC. Over the years raps on records have often turned into violence. Adding in the aspect of money, it can be a recipe for disaster. Join us for that discussion.

Tune in for an informative and entertaining show.

Moetown Lee and Dr. Ed Garnes from the Reclamation Point podcast joined us for an interview earlier in the week to discuss their new podcast about Black men and mental health. The four men cover a lot. We discuss why it's important for us to celebrate our wins, how do we unlearn toxic habits and how manhood and masculinity is being redefined.

Well it’s official, the kids are back to school, Labor Day is over, and that means Summer 2022 is behind us. But … what was this summer’s “summer jam?” What was that one song that united the world under a groove? Did we even have one? DJ Sir Daniel and Jay Ray  chat about what happened.

Moetown Lee and Dr. Ed Garnes from the Reclamation Point podcast joined us for an interview earlier in the week to discuss Black men and mental health. We play a portion of that interview on this show, as well.

J Nolan is educating fellow rappers about the music business to avoid pitfalls. Being observant and discovering your strengths is important to everyone advancing in their careers. Figuring that out early on can make an incredible difference in how you perceive and pursue your future. Nolan has not only incorporated his interest in educating others into his brand, he’s also created content and written a book (The Pen Game Portfolio) about the topics most important to him.

During this interview he sits down with DJ Sir Daniel and Jay Ray to discuss his career and some of the pitfalls he’s experienced that inform his approach.

The music industry isn’t known for its fairness when it comes to artist’s rights. Bad contracts, and flat out lies have been told to get artists into deals that rob them of their livelihoods and in many cases their futures.

J Nolan will be joining us for this interesting conversation about the long winding road of predatory hip-hop contracts.